When designing Fujiya Inn, I developed the concept of layers both in time and space – Kengo Kuma, THE HOTEL’S ARCHITECT

“Blonde Madam”, the local call Jeanie Fuji, the American who has turned the Fujiya Inn into one of the best-known hotels in Japan.

Having learned the ancient art of okami, traditional Japanese hospitality, in the 1990s, she later went on to redesign this guesthouse at the famous hot springs of the Ginzan River.

Tackling a 350-year-old institution is a sensitive task, but it’s one she mastered brilliantly, ably assisted by star architect Kengo Kuma. His building is a minimalist and yet highly sensuous take on Zen aesthetics and the art of reduction.

Delicate wooden partitions, bamboo screens (sumushiko), and shimmering green glass walls create a captivating atmosphere in which the architecture forms a suitably diaphanous backdrop to the steam of the springs.

LOCATION
Situated on the Ginzan River, in the village of the same name, 35 km/22 miles north of Yamagata airport (a 1-hour flight from Tokyo)

FOOD
Traditional Japanese specialties made with ultra-fresh ingredients, a cuisine that reflects the philosophy of the hotel

X FACTOR
Everything revolves around traditional Japanese bathing rituals at the Fujiya Inn, which boasts 5 private hot springs. A word of warming, though: they are genuinely hot!

BOOK TO PACK
“In Praise of Shadows” by Jun’ichirō Tanizaki 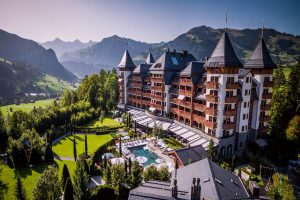 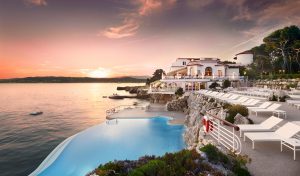 A throwback to the F.Scott Fitzgerald era, this grand 19th-century mansion on the Cote d’Azur is set among nine hectares of landscaped gardens, with a

The white buildings of this Mykonos hotel complex resemble a traditional Cycladic village. Inside, though, they’re unexpectedly urbane The architects of the Rockwell Group drew

An exclusive all-suite property in a private and s

A weekend in Amsterdam. #amsterdam #amsterdamcity

One of the best hotels on Mykonos 🧿. This stunn

POV: Dutch North Sea Coast. Have you ever been he

WANT INSPIRATION DELIVERED TO YOUR INBOX?

© 2023
We use cookies on our website to give you the most relevant experience by remembering your preferences and repeat visits. By clicking “Accept All”, you consent to the use of ALL the cookies. However, you may visit "Cookie Settings" to provide a controlled consent.
Cookie SettingsAccept All
Manage consent

This website uses cookies to improve your experience while you navigate through the website. Out of these, the cookies that are categorized as necessary are stored on your browser as they are essential for the working of basic functionalities of the website. We also use third-party cookies that help us analyze and understand how you use this website. These cookies will be stored in your browser only with your consent. You also have the option to opt-out of these cookies. But opting out of some of these cookies may affect your browsing experience.
Necessary Always Enabled
Necessary cookies are absolutely essential for the website to function properly. These cookies ensure basic functionalities and security features of the website, anonymously.
Functional
Functional cookies help to perform certain functionalities like sharing the content of the website on social media platforms, collect feedbacks, and other third-party features.
Performance
Performance cookies are used to understand and analyze the key performance indexes of the website which helps in delivering a better user experience for the visitors.
Analytics
Analytical cookies are used to understand how visitors interact with the website. These cookies help provide information on metrics the number of visitors, bounce rate, traffic source, etc.
Advertisement
Advertisement cookies are used to provide visitors with relevant ads and marketing campaigns. These cookies track visitors across websites and collect information to provide customized ads.
Others
Other uncategorized cookies are those that are being analyzed and have not been classified into a category as yet.
SAVE & ACCEPT